You could use npm link to create symbolic links to your dependencies but it comes with a lot of constraints and corner cases and you can never be sure that things are working properly. I tried it in the past and stumbled on tons of issues with it.

You could also switch to a monorepo approach with all your packages in a single repository with tools like Lerna, Turborepo, or Nx but they were a bit overkill for our simple need and we would have to change the way our code is organized to use them efficiently. Looking for an alternative, my team and I decided to try using Yalc. Yalc has been created as a better alternative to npm link by giving you a robust way to test development versions of your libraries in your applications without having to release anything on npm. It does not do much more than that but that’s ok since it does it pretty well. 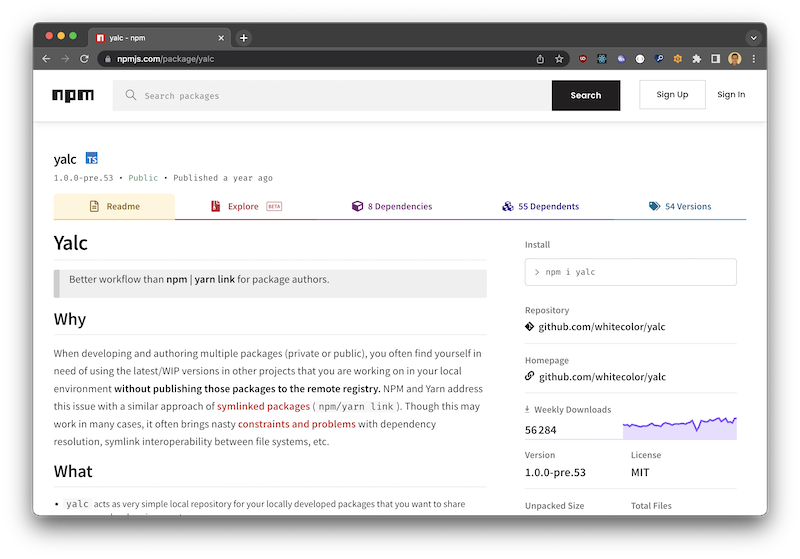 You can think of Yalc as having a package registry locally on your computer. You can publish a new package to this registry anytime your want and then consume it from another package on your machine very easily.

To get started, you just need to install Yalc globally using npm i yalc -g.

Publishing and consuming your library

Let’s consider two packages named lib and app respectively. You can create your library using any tool you want and, when you are ready to test it, you can publish it on your Yalc repository using yalc publish. Yalc will then inform you that a new version has been successfully published:

Now in your application, you can start using Yalc with yalc add lib to tell Yalc that you want to use the library published locally:

After that, you can see in your package.json that the reference to the library has been modified from "lib": "*" to "lib": "file:.yalc/lib". This way, you can know very quickly which dependencies are being retrieved from Yalc instead of the npm registry. You can also ask Yalc to show which packages are using which dependencies published with yalc installations show:

After that, you can start your application, with npm start in our example, and leverage the code from your library as if it was downloaded from the npm registry. 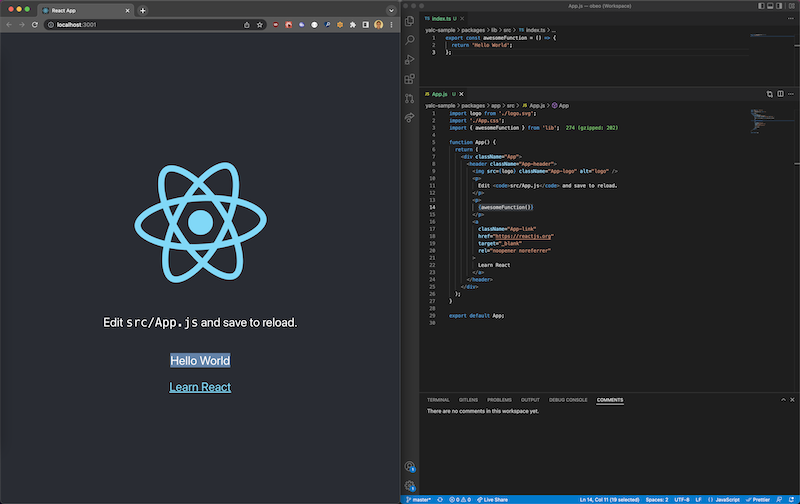 Updating your library and applications 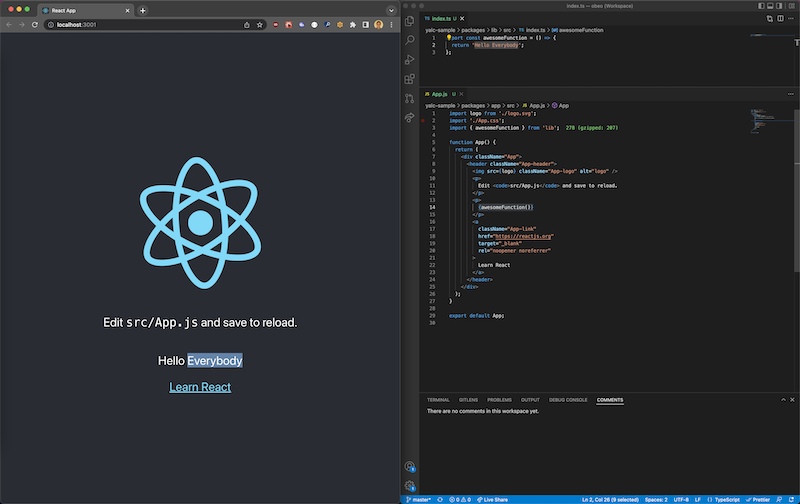 After that, in the package.json, the reference to the library goes back to "lib": "*" as it was before we started using Yalc. If you want to remove the library published in the local yalc registry, you can simply use yalc installations clean lib. You are now back to the original state as if nothing ever happened.

I have been using Yalc daily over the past two years to manage dependencies between three packages without issues. It’s a small tool, only used to provide a better workflow than npm link and it works. It’s very easy to set up and get started so don’t hesitate to try it if you are maintaining a couple of packages that depend on each other and you don’t want to switch to a more complex solution based on a monorepo.

If you want to test it, I have made the code used in this post available on Github. If you have any additional questions, don’t hesitate to contact me on Twitter